With over 25 years professional violin teaching and classical performing experience, Sarah McKelvie excels at teaching young and old players the violin and viola. 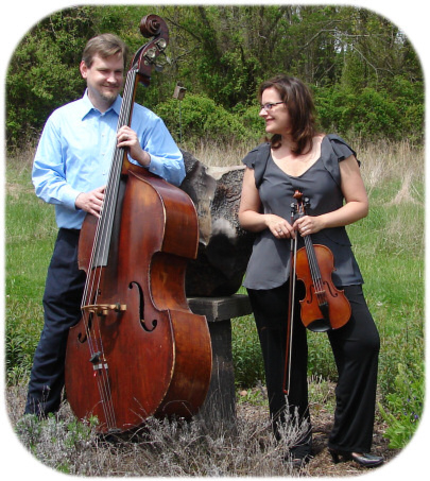 A native of Columbus, Indiana, Sarah McKelvie moved to Cookeville area in 2014 to join the faculty at Tennessee Tech University.   There she was the founder and Director of the String Project at Tennessee Tech from 2015 through 2019.

Sarah began her musical studies on the violin at the age of five. Her passion for the lush sound of the viola was sparked in high school and it was this instrument that she later received her Bachelor and Master of Music degrees at the University of Cincinnati College-Conservatory of Music and The University of Memphis Rudi E. Scheidt School of Music.

As an undergraduate, Sarah was a member of the Caricato String Quartet as both second violinist and later violist. This chamber group was a semi-finalist at the internationally acclaimed Fishoff Chamber Music Competition in 1995. She was also a Fellow at both the Sarasota Chamber Music Festival and the Brevard Music Center. While in graduate school, Sarah was a member of the Arkansas Symphony Orchestra.

Sarah has been a member of orchestras in Europe including the Esternach Festival orchestra, and served as principal violist in the Lucca Opera Festival Orchestra in 1997. From 2001 through 2014, she served as principal violist of the Columbus Indiana Philharmonic under the direction of David Bowden. Currently she collaborates with Cookeville area musicians, local churches, The Bryan Symphony Orchestra, and is the violist of the Orfeo String Quartet, a local working ensemble which regularly performs throughout the Upper Cumberland area.

Sarah has been teaching private and group classes on the violin and viola for over 25 years. Prior to coming to Cookeville, she created rich music programs in schools as well as directed the McKelvie String Studio, a vibrant and active private studio with over 35 of Columbus, Indiana's most talented young string players.

Sarah is also the mother to three children; Lydia 22, Patrick 18, and Fiona 15. They've kept her pretty busy over the years, but parenting her own children has most certainly made her a better teacher!